Hospitality workers, cooks, bartenders and servers are all likely to have to deal with one or both of these laundry day challenge at least once during their careers.

Food oil stains can leave an unsightly mark on clothing while smoke odors can leave you walking around with a lot of unpleasantness. But you don’t have to put up with either of those nuisances anymore. Here are some detailed ways to remove food oil stains and smoke odors from your clothes at home or the laundromat.

Oil stains that are a result of spilled or splattered food may appear to ruin your favorite. But don’t rush to throw it away. That stain can be eliminated. There are lots of simple methods that can be used with many products you have in your home at this very moment. For example, Dawn dishwashing liquid can take away some grease stains. Baking soda also has the capability of absorbing oil stains. Allow it to sit for about ten minutes before peeling it off and washing. The same process can substitute baby powder for the baking soda, although that should sit for about a day.  Once the baby powder or baking soda is removed, use more Dawn if the stain is still visible.

When it comes to removing smoke odors from your clothes, the best bet is to machine wash those items. However, you may need some extra power and that can come in various forms. Adding white vinegar in a pre-wash soak should do the trick. Allow the clothes to sit in that mixture for 30-60 minutes before washing. Lemon juice can also be added to the wash to freshen up the smell. Rubbing alcohol or vodka can also be used for the more potent smoke odors in clothing.

If you are not planning to use a washing machine, the first step to eliminating a smoke smell would be to air out the garment. Next, use a spray that is designed to eliminate odors. You can also try baking soda or even steam. This is a better method to use on clothes that are unable to be washed in a machine as it protects the integrity of the garments.

Need an easier, more efficient way to clean work uniforms? Recommend Spintastic commercial laundry service to your employer or visit a Spintastic near you to take advantage of our wash, dry, and fold drop off service.
at 11:19 AM 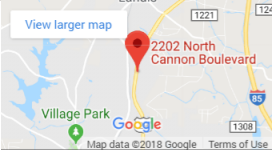 Last wash 1.5 hours prior to closing